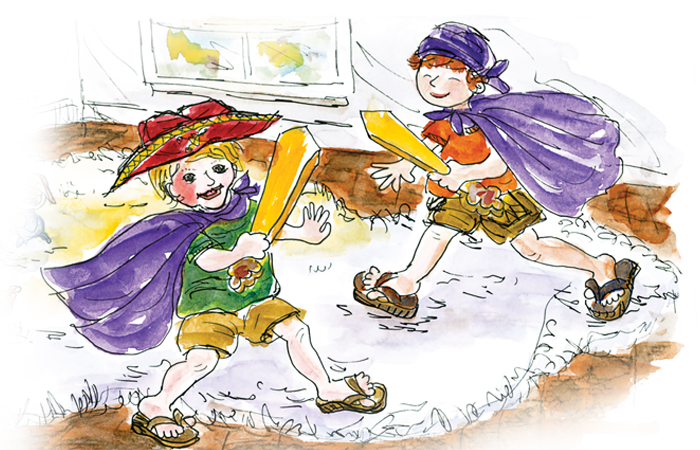 Martha and Grant Griffin live in Dallas, Texas with their son, Barron, and dog, Shakespeare. The Griffins found their inspiration for Sam’s Birthmark after Barron was born with a Port Wine Stain birthmark covering the right side of his face. After researching Vascular Birthmarks and connecting with other birthmark parents, they saw a need for a children’s book with a main character who has a birthmark. Their goal for Sam’s Birthmark is to teach children to embrace their own and each other’s differences starting at an early age.

Mary Anne Smiley, an interior designer in Dallas, Texas, has loved drawing since childhood. Her passion is for children’s art - pure straightforward expressions of the world as seen by a child. Drawing her own Christmas cards featuring poignant and funny scenes of everyday Christmas times with her family, including a grown daughter, her mother, and four dogs, caught the attention of friends with small children. These friends encouraged her to illustrate, and after producing her first work for a friend’s child she was hooked. Now illustrating children’s books has become a passion. She considers herself blessed to be involved in the story of Sam’s Birthmark. You can learn more about Mary Anne at maryannesmiley.com.